The Sound of Music, Musical by R. Rodgers 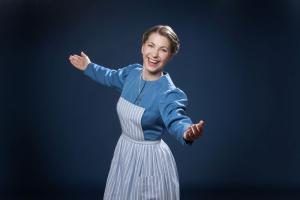 The world has never known, nor is it ever likely to see again, a partnership as successful as the one forged by Richard Rodgers and Oscar Hammerstein II.

Already the veterans of four of Broadway's most successful shows - Oklahoma!, Carousel, South Pacific, and The King and I - The Sound of Music, which was premiered at New York's Lunt-Fontanne Theatre on 16 November 1959, was sadly to be their final collaboration. Hammerstein passed away the following year and consequently never enjoyed Robert Wise’s wonderful adaptation of the musical that won Best Picture at the Oscars in 1966.

The story, so familiar to those who have seen Wise’s film, is quite delightful. Set in Austria in the 1930s, convent-life simply does not suit a girl like Maria so she becomes governess to the von Trapp family. Despite having seven children and their father, a widowed, dashing naval captain, to care for, Maria proves to be an excellent if unconventional teacher. It is only a matter of time before she and the captain fall in love and marry.

As war descends upon Europe, Captain von Trapp rejects a commission in the German armed forces. The family will only find safety by risking a perilous journey to neutral Switzerland, but not before they have sung and performed together for one last time in their own country.

Every song is a showstopper: from the first few notes of the opening song, “The Sound of Music”, which convey in a matter of seconds the exuberance of Maria’s character to the loss of innocence so beautifully expressed by Liesl and Rolf in their duet, “Sixteen going on Seventeen”; from the melancholic paean for a country whose spirit will never die that is “Edelweiss” to the soaring chords of “Climb every Mountain” as the von Trapps made their way to freedom, The Sound of Music is a work that confidently affirms the triumph of the human spirit, whatever the odds.

With the von Trapps and The Sound of Music now returning to Austria and the Volksoper Wien, there could not be a better time to enjoy one of the greatest musicals ever written.