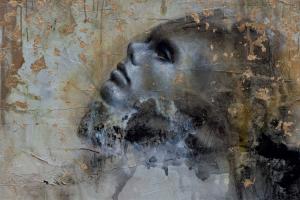 On April 1, the Lila Schwan Association presents a concert by the Bulgarian Youth Orchestra "Pioneer", the oldest such orchestra in Europe. The event will take place in Vienna's magnificent Minorite Church.

This year's programme, conducted by LYUBOMIR DENEV JR , includes works by Bulgarian and contemporary Austrian composers and the Requiem Op 48 by Gabriel FAURÈ, a composition for soprano, baritone, choir and orchestra. The choir parts are taken over by the Austrian choir association Schola Cantorum under the direction of JIŘÍ NОVÀK and the church  choir of the pilgrimage church in Maraihilf with choirmaster Prof. FRANÇOIS-PIERRE DESCAMPS.  The Requiem stayed with Gabriel FAURÈ for many years: in 1893 the chamber orchestra version had its debut, and in 1900 the composer expanded it for large orchestra.  This standout work by Gabriel Fauré,  which belongs to the late Romantic period,  does away with the traditionally dramatic climax of each requiem, the Dies Irae sequence, with the exception of the last verse ("Pie Jesu"). Above all, the Sanctus, which many composers phrase majestically, becomes a gentle lullaby in Fauré's interpretation, also thanks to the corresponding melody of the choral voices and the continuous accompaniment of arpeggios on the harp. The concluding "In Paradisum", Fauré's own addition to the traditional structure of the composition, serves as an ethereal finale.

With “Pioneer”, Bulgaria has the longest-running youth orchestra in Europe and the second-longest worldwide. In 1959, the orchestra played for the first time in the Golden Hall of the Vienna Musikverein. Most recently, the youth orchestra came to Vienna in 2022 and put on three very successful performances.

The youth orchestra can look back on a glorious history. It has been led by renowned conductors such as Leonard Bernstein. Italian media gave the orchestra its name many years ago.  Currently, “Pioneer” has 59 members between 12 and 23 years of age. The Bulgarian orchestra thus serves as inspiration to many children and youths.

The concert is under the patronage of Ernst Woller, President of the Vienna State Parliament.